Pradosha or Pradosham is a bimonthly occasion on the thirteenth day of every fortnight in Lunar calendar of vedic tradition.
Pradosham literally means the removal of sins ( Pra : Removal + Dosham : Sin). It is this auspicious 3 hour period (1.5 hours before and after the sunset), which is the optimum time for worship of Lord Siva.
Pradosham is a specific window of time that occurs during the day. Energy during this time makes it easier to dissolve and release karma. Stories, prayers and rituals have been built around this time to help us better work with and understand the significance of these karma busting energies.
In Lunar calendar, period between new moon day to full moon day is called “Sukla Paksha” and period between full moon day to new moon day is called “Krishna paksha“.
During every month and during every paksha, the point of time when triyodashi (13th day of the fortnight) meets the end of dwadasi (12th day of fortnight) is called Pradosha Kaalam.
During Pradosha, Nandi (the sacred bull of Siva) in all the Siva temples in India is worshipped. The festival idol of Siva with Parvathi in a seated pose on Nandi is taken as a procession in the temple complex.
Among all the pradosha’s, Sani Pradosh (13th lunar day on saturday) and Soma Pradosh (13th lunar day on monday) are considered to be important.
Maha Pradhosh is the Pradosha which falls before Maha Sivarathri in the month of Maagha (around february of every year) in traditional Hindu Calendar.
The performance of the vrata involves a fast followed by a vigil. A bath is taken one hour before sunset and Lord Siva, Goddess Parvati, Ganesha, Skanda, and Nandi are worshipped. Following this, Lord Siva is invoked.
Praying in that time will free us from our sins and gives moksha at end of our life.
During pradosha time a special type of circumambulating called soma sUtra pradakshinam is done.

During Satya Yuga, gods (Devas) and the demons (Asuras) were churning the milky ocean with the help of Vasuki, the serpent king, hoping to extract amrutam (nectar) from the milk ocean. Vasuki who was employed as a rope for churning, endured severe abrasions and strangulation. Thereupon, she spewed halahalam, a potent dark poison capable of destroying the worlds. Threatened by the scorching venom, the celestials fled in great horror. Brahma took to His heels. Vishnu’s bluish body darkened further. Indra could not be seen. Agni, the fire god, could not bear the raging heat. Yama ran amuck in all directions. Varuna became unconscious, Kubera fled. Hosts of siddhas, Caranas, Gandharvas, Yakshas and Maharshis went to Kailasa and sought the Lord’s feet as refuge.
God Siva was moved with pity at their plight and was overcome with compassion by their prayers. Soon He bade Sundara for a prompt intervention, who then rushed to the ocean, collected the all-pervasive poison and holding it in his hand as a small jambu fruit, returned to Kailasa. The Lord became exceedingly happy after seeing it. He showed it to Girija and gave the title ‘Halahala’ to Sundara, who thenceforth came to be known as Halahala Sundara.
Thereupon, the Lord accepted the Halahala pellet from his hand and, with the loving permission of Universal Mother, swallowed it. By goddess Uma’s command, the pellet froze in the Lord’s throat, painting it blue and becoming an embellishment, gave Him the name NilakanTa.
On Trayodhasi(thirteenth moon day) they realised their sin of not praying the God and pleaded for forgiveness. The pleased graceful Lord Siva forgave them and danced between the horns of the Nandhi (Holy Bull). That time is called Pradhosham. Whoever Prays Lord Siva in that time, he fulfills their wishes and give them mukthi. Anoint Lord Siva with Love, He would give Himself !
During Pradhosha time anointing (Abhishekam) the Siva deity with the Following is considered fruitful.

Pradosham for Realization of God

The purpose of our human life is realization of self and god. You can get to your life purpose only when your karma has been wiped clean, and the time is ripe for grace to flow to you. When that happens an intense flowering happens, and both the material and spiritual worlds open up for you. You have a choice then on the abundance that you are presented with.
Whether you take the spiritual or material route, one thing is certain: you have to completely eliminate your karma to even to get there. Pradosham rituals give a great opportunity to build a road to prosperity and true happiness. On the 13th Moon Pradosham days, special poojas are offered to Lord Shiva who eliminates your karma and helps to bring light into your life. -booksfact.com
Posted by Kannan Payyan at 18:00 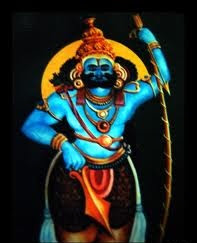